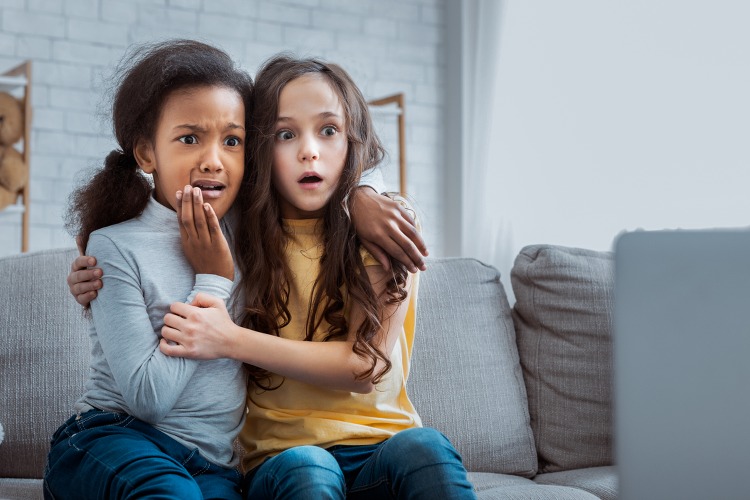 What do I need to know about Slender Man?

Q: My 11-year-old daughter was invited to a “Slender Man” themed Halloween party where everyone dresses up as some sort of creepy internet meme, like Slender Man. I thought it was innocent enough, but have recently become concerned after seeing how much my daughter is searching about the 2014 Slender Man stabbing (I looked at her web browser’s search history). Should I be concerned about her searching for things such as “Slender Man Cult” and watching eerie videos about him on YouTube?

A: There is renewed interest in Slender Man this Halloween because the victim of the stabbing case, which took place 5 years ago in Waukesha, Wisconsin, has recently been speaking about her experience. Three 12-year-old girls, Morgan Geyser, Anissa Weier, and Payton Leutner, best friends at the time, were caught up in the internet myth Slender Man, driven by memes of a tall, thin, faceless, pale man, sometimes with tentacles growing out of his back, who was often pictured in the background of images of children at play. These images of Slender Man, sometimes pictured holding a child’s hand, were both creepy and compelling because it was unclear whether Slender Man was being protective or intended to harm the children.

Tweens can quickly become deeply involved in fads, pop stars, or cultural movements from Harry Potter to Greenpeace, and the three girls got caught up in Slender Man. In this case, however, one of the girls, Geyser, had childhood onset schizophrenia and had been seeing and hearing hallucinations since the age of 3. Geyser, believing that Slender Man would bring harm to her and her friends unless one of them was sacrificed, convinced Weier that they needed to kill Leutner in order to satisfy Slender Man. To keep themselves safe from Slender Man and to be protected by him as his “proxies”, Geyser repeatedly stabbed Leutner while Weier urged her on and then they left her to die in the woods. Fortunately Leutner managed to crawl to a road where she was found and rescued.

What has been lost in the sensationalized news portrayals of this incident is the 12-year old brain’s reactivity and impressionability. This is the stage of neurodevelopment when children are looking beyond the nuclear family, seeking autonomy, and “making up their own minds”. They are transitioning between the magical thinking and black and white decision-making of childhood to a more nuanced, complex view of the world. This is why tweens can get deeply involved in social movements, become extremely religious (frequently in traditions different than parents), or believe in aliens and UFOs. Spurred by the hormonal drive of puberty and their increasing independence and physical capabilities, tweens will often seek intense experiences, believe in their own importance, and take an all-in approach to whatever they believe. One of the sex hormones secreted in high volumes during puberty is tetrahydro pregnanolone (THP). When humans are stressed, we produce THP which calms anxiety in adults, but in adolescents it paradoxically raises anxiety. High anxiety combined with incomplete impulse control and judgment of the still developing prefrontal cortex can lead to tweens to making snap decisions. Some of these decisions, however illogical, self-centered, and poorly judged, can lead to preteen tween harming themselves or others.

The Slender Man stabbing case was a rare “perfect storm” that resulted from combining this developmentally normal combination of sensation-seeking and lack of judgment with severe, previously unrevealed psychosis. So while there is little need to be afraid that something similar will happen with your daughter, it is important not to dismiss or ignore her desire for intense experiences like horror movies, thrill rides, and even extreme sports. Acknowledge that she is seeking to feel fear and excitement intensely, a drive fueled by pubertal hormones. Sit down with your daughter and have an open, non-confrontational conversation with her about the upcoming Halloween party and its tie-in to the Slender Man case. Make sure to remind her that fictional internet characters and memes are not real, and were created out of a desire to excite, and to engage others in intense shared feelings. Recognize with her that these types of intense experiences need to be tempered by judgment and empathy for others or they can have damaging real life effects, as demonstrated by the Slender Man stabbing.

To reassure yourself, talk frankly to the adults supervising the party to be sure that they are aware of the Slender Man phenomenon (you might be surprised at how many do not) and can chaperone so that the fear stays fun. Make sure you (and your daughter) feel confident that she is able to distinguish fantasy from reality and remind her that you are there for her should she feel too scared, uneasy, or just want to come home. Knowing that will help her manage her own fear and enjoy the party.

Enjoy your media and use them wisely,